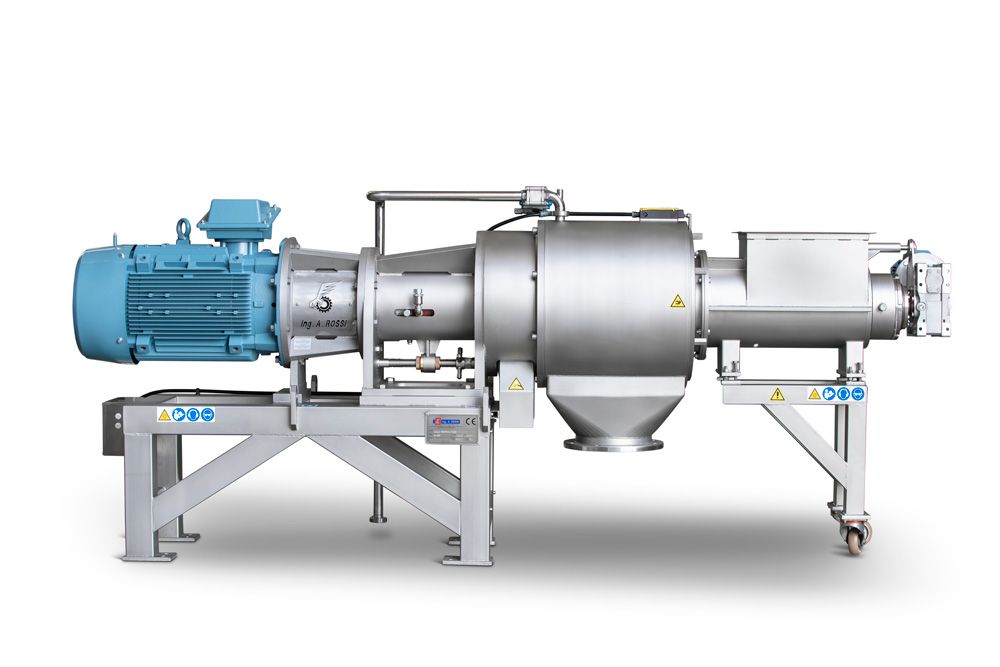 Ing. A. Rossi offers the EUREKA turbo-extractor in a variety of versions using different technologies and configurations for each type of process. The range of versions allow the user to adapt them to each process and type of fruit, by simply adjusting the sieves, rotors and paddles, rotation speed and flows, often without having to stop the system. Skid- and platform-mounted versions are available. In fruit processing, the stone brusher is commonly installed immediately downline of the destoner, which cuts the fruit open; the EUREKA DS stone brushing machine is used to remove the residual pulp on the stone after the first coarse separation.

The pieces of fruit output by the stone brushing machine, or even coming from the hammer mill chopper (for seedless products), then move on to the extraction stage, which is either cold or hot.
Cold extraction by the EUREKA CE allows optimal preservation of the organoleptic properties, colour and flavour of the pulp together with guaranteed maximum yield.
The process consists of three distinct stages of shredding, separation and extraction. The fruit passes through a system that breaks up the pulp and separates out the stones, and is then sent to the pulper where the skins, seeds and stones are removed. The next step is enzymatic deactivation. All stages of extraction take place in a controlled environment to avoid degrading the product's characteristics due to premature oxidation caused by contact with oxygen.

Hot extraction, which is the most commonly used method, requires the enzymatic deactivation step to have already been run. In addition to fruit and vegetables, hot extraction is used for tomato processing.

At the end of the enzymatic deactivation process, the chopped tomatoes with skins and seeds are placed inside special turbo-extractors, in single or double body configurations, which make it possible to separate the waste and obtain a juice substantially free of solid parts. To improve the process of extracting and recovering juice from tomato skins, Ing. A. Rossi developed the turbo-press: a machine with very high payback and very low maintenance costs. Depending on the configuration of the line, the product is fed by screw conveyor, by gravity or from hopper with a shutter valve. The EUREKA TP turbo-press recovers around 45-50% of the juice. 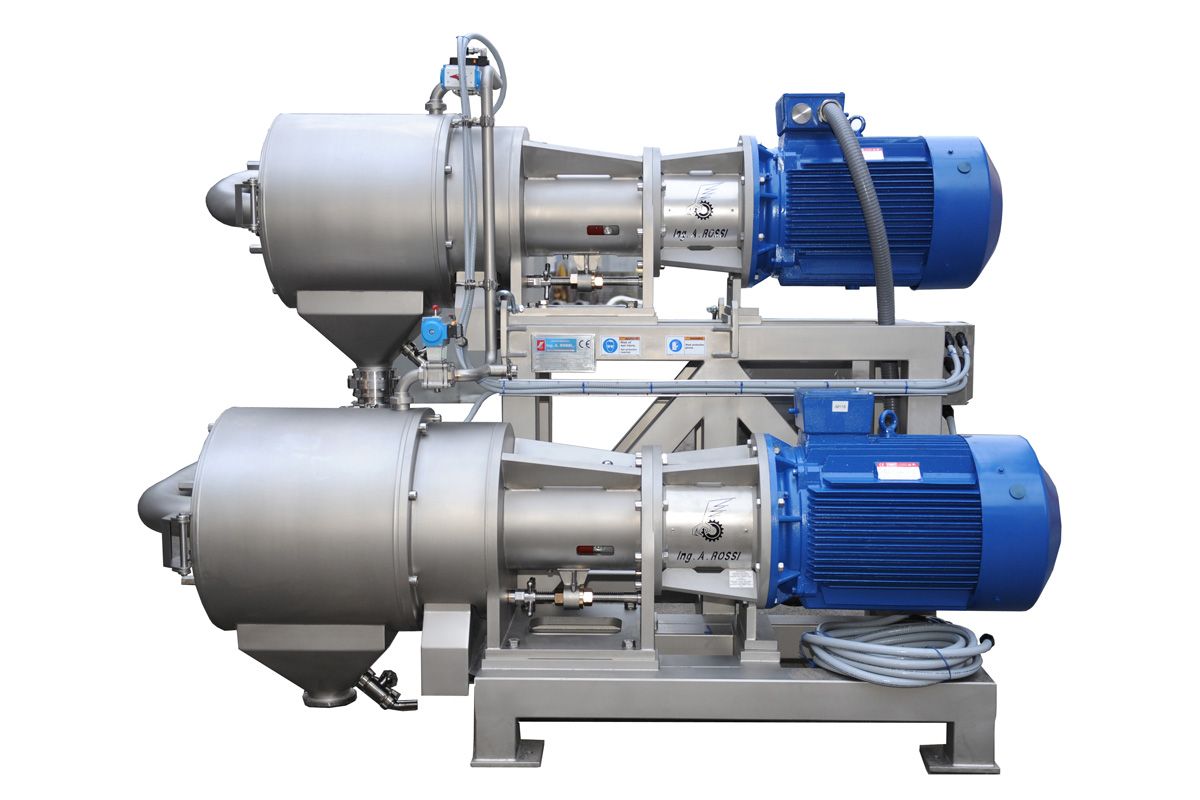 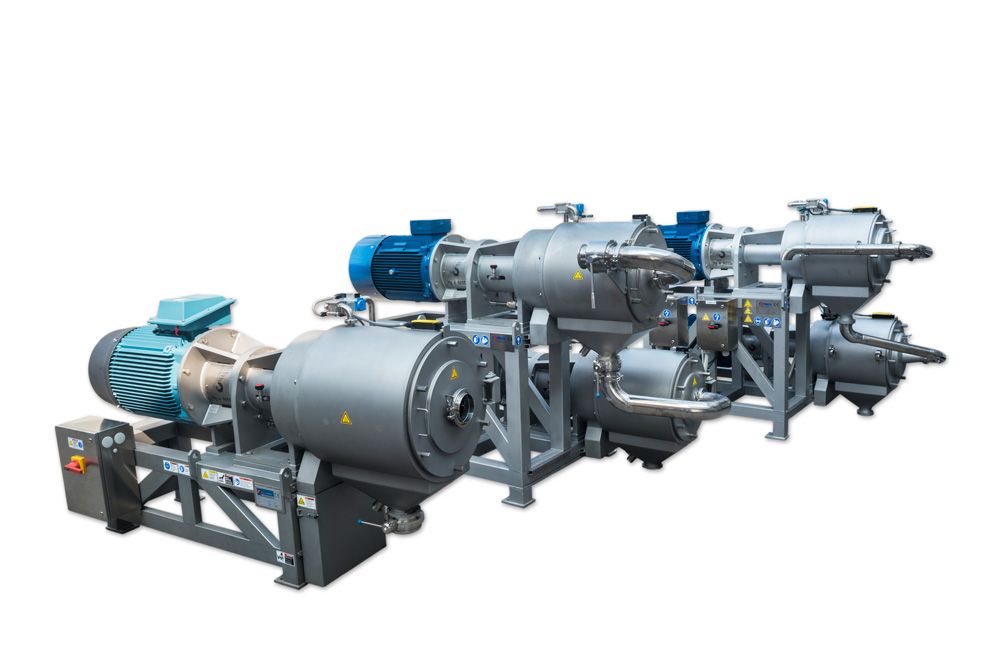 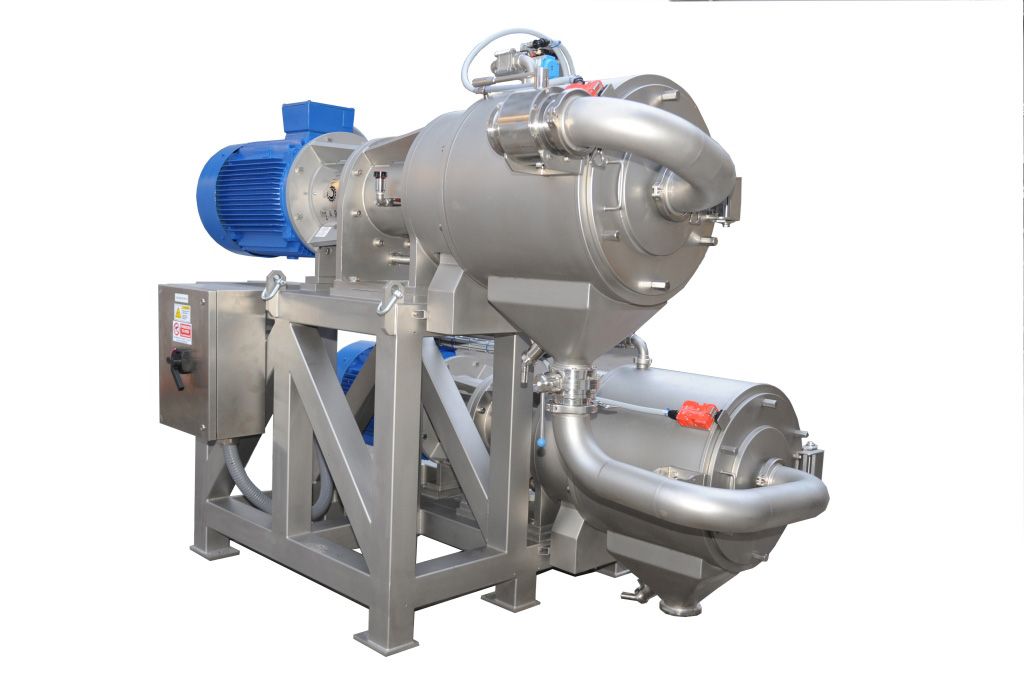 Did you not find the answer you were looking for?

© Ing A Rossi. All rights reserved.
Powered by The BB's Way